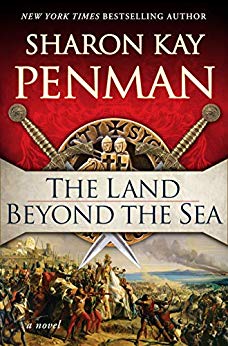 Many people are at least a little familiar with the Crusades, Richard the Lionheart, and Saladin. Far fewer, I would wager, know about the life of Balian of Ibelin, a Frankish lord born in the Levant. Penman tells his story in The Land Beyond the Sea. The timespan of the novel is actually fairly short, beginning when Balian is a young man. Penman takes readers on a journey among the Poulain, the people born in the Levant and descended from the Crusaders who remained in the region after the First Crusade; she shows us the complex and surprisingly collaborative interactions between the Poulain, the migrant Crusaders, and the Saracens, which influence the local politics to an extraordinary degree; and she demonstrates, above all else, that history is not always what we’ve learned from school.

Balian’s story here starts with his relationship with King Baldwin, known to history as The Leper King. The two had a relationship built on respect and Balian rose high at the court in Jerusalem as a result of Baldwin’s favor. Balian also had a good relationship with Saladin himself, as well as his brother, Al-Adil, one of Saladin’s most trusted advisors. These relationships came into play at the height of Balian’s influence, when he convinced Saladin to accept Jerusalem’s peaceful surrender after a prolonged siege that would have left thousands of civilians dead or sold into slavery.

The labyrinthine politics of the court are described in detail and were an interesting change of pace, for me anyway, from the court politics I’m more used to reading about. I understand the politics of periods like the Wars of the Roses, the Tudors, or the Plantagenets, but I had never read anything set in the medieval Levant. Penman does a thorough and highly accurate job of showing these twisting intrigues. It was a bit surprising to me to learn how much the European and Saracen societies mingled and cooperated with one another. I think I had this vague notion that the two societies were mostly segregated from each other because of the religious wars between them. I think my favorite thing was learning just how closely tied the societies were and how much they had in common. Though, really, that shouldn’t surprise me at all, since rationally I knew the region was something of a melting pot; I just hadn’t really thought much about it.

Related to that, I was fascinated by the way they treated each other. For example, once Saladin accepted Jerusalem’s surrender, he allowed the people to put forth a ransom rather than have them all shipped off to the slave markets in Cairo. Of the roughly 15,000 people who were too poor to help raise a ransom and would have been sent into slavery, he released 7000 of them, then granted his brother, Balian, and Patriarch Eraclius gifts of 1000 slaves each, which they immediately manumitted. The way the Saracen guards/escorts treated the group who was able to leave Jerusalem was also wonderful to read. They took good care to protect them, even though they were defeated enemies; however, Saladin had ordered them to treat them well, and so they did. In Penman’s extensive Author’s Note, she indicated, rightly, that she would have been hard pressed to believe that if it had been described so only in Saracen chronicles, but the description came from several Christian chronicles.

Also, Penman has a great talent for taking her characters, whether fictional or historical, and making readers care about them. I was so sad when William of Tyre died; I felt awful for and was sad when Baldwin died, because he was so brave in facing his illness; I was furious when Guy de Lusignan did, well, all the stupid things he did; I loved and was grateful to Anselm for his unflinching service to Baldwin. So many other examples. Even though these people, the ones who were real anyway, died nearly 1000 years ago, Penman breathes life into them, brings them springing forth with their wonderfully messy, complex, endearing, irritating humanness.

All in all, while I have come to expect nothing short of amazing writing and research from Sharon Kay Penman’s books, it is nevertheless a delight to dive into a new book of hers and discover that her reputation as a precise and vivid storyteller remains intact and well-deserved. 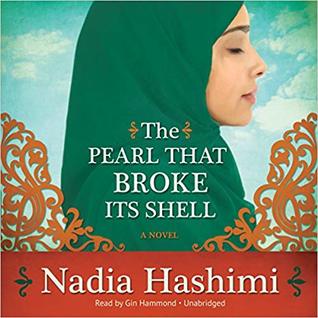 The Pearl That Broke Its Shell: A Novel

The Pearl The Broke Its Shell is a dual timeline narrative told mostly from the perspective of Rahima, a young woman living near Kabul in 2007. She and her sisters are the children of an opium-addicted father and, with no brothers to help the family, their prospects for improving their life or marriage prospects are grim. Their rebellious aunt, Shaima, suggests that Rahima follow an old custom called the bacha posh, which not only sounds like Klingon the way the narrator pronounced it, but it the tradition of allowing a girl to dress and act as a boy when there are no other boys in a family. She can go to school, run errands for her mother, and chaperone her other sisters. In this way, Rahima becomes Rahim and becomes a boy until she reaches marriageable age and her father marries her and her two other eldest sisters off. By marriageable, I mean she was 13.

The tradition of bacha posh was not unique to Rahima’s family. She had a many-times-great grandmother, Shekiba, who had lived as a man near the turn of the century as well. The secondary timeline follows her story from her small village and farmstead, through the cholera epidemic that wiped out her entire family, and how she lived as a man in order to survive.

This was such a thought provoking novel. Though fiction, it deals with issues which happened in real life and which are still highly relevant today – child marriage, honor killing, domestic abuse, drug addiction, and many other issues. Any one of these things is enough to break a person, but underneath all this is woven the strength of women. Rahima and Shekiba, as well as the other women throughout the book, all suffer hardships, sacrifices, abuses, and losses that are unimaginable. Some, like Rahima’s sister Parwin, are overcome. But others, like Rahima and Shekiba themselves, keep fighting even when they think they’ve come to the end of their strength and can’t go any further or endure anything else life could possibly throw at them. In the end, Shekiba’s story becomes a source of strength for Rahima, and Rahima becomes the pearl that breaks her shell.

I loved the use of bird imagery as well throughout the book. Parwin was fond of drawing birds, there were birds singing and fluttering about in many pivotal scenes. Birds have some significant parts in Islamic culture, from the “Miracle of the Birds” when Abyssinian forces were supposedly annihilated by birds dropping pebbles from the sky to prevent them from entering Mecca and destroying the Ka’bah, to stories found in The Thousand and One Arabian Nights to works by Sufi poets and Islamic mystics. Including the bird imagery elevates the narratives of the women and equates them to many of the mystics or saints from other cultures in some ways, those who were made holy through their suffering, like medieval saints. I am not sure if that is intentional or not, but the image is there all the same.

This mystic thread continues in the book’s title, which is derived from the ecstatic poem “There Is Some Kiss We Want” by Rumi, the 13th century Sufi poet. It is a lovely poem:

There is some kiss we want

with our whole lives,

the touch of spirit on the body.

to break its shell.

And the lily, how passionately

it needs some wild darling.

At night, I open the window

and ask the moon to come

and press its face against mine.

The moon won’t use the door,

A proper space opera. This was such a fun book! Got the next two line up and ready to go!
My friend @print_and_bind did a post of books with floral covers the other day and so I wanted to copy her. I fiddled with the design and now you can't actually SEE the covers. Good job, me! But it was fun anyway.
I know the James Bond books were mostly written in the '60s but come on. Just gross. Not even Jason Isaacs narrating it could make it better and I finally just had to DNF it after 3 hours. The films, even the bad ones, are better than the books.
A book club read I never would have picked up otherwise. That title sounds like a romance. Ugh. But it's not! And it ended up on my list of top reads for 2021!