As a child, two of the best days of the year were, of course, Christmas and my birthday. My cousins and I were spoiled blind by doting grandparents, so there was a glut of presents at Christmas. I was an only child from a broken home, so my birthday usually ended up being The Week of Me, receiving parties with my mom, my dad, with friends… Since I have always been a giant booknerd, my gifts were almost always book-related. Yay! It was an embarrassment of riches, except I’m an only child so I feel no embarrassment.

Over the years, I gradually began building, quite inadvertently, a calendar of events centered around my favorite books and authors. After I became aware I was doing so, I started crafting actual holidays around them until I had my own bookish traditions. They give me something to look forward to each month, to have friends over to help celebrate, or just to contemplate on my own.

Below is my personal year of literary holidays.

January 18-19: What holiday I celebrate depends on my mood. Sometimes I celebrate Winnie the Pooh Day (Jan 18) by reading a story from Winnie the Pooh to my daughter while enjoying a nice smackerel of tea and scones with honey. Other times, I celebrate Poe Day (Jan 19) by channeling my inner Goth and drinking absinthe while reciting Poems (see what I did there?). Sometimes, the two holidays are conflated, which is interesting. Gothic Pooh Day!

Pick a random weekend in February. Do all the things involving The Princess Bride. I know, I know. There really aren’t any holidays mentioned in the book. Or the movie. But! The Arizona Renaissance Festival starts in February, and so it seems logical to do fun and silly quasi-Renaissance things involving a beloved book, giant turkey legs, lots of ale, flowy dresses, and men in black. Of course, all the friends come along to the Festival, preferably in garb, and we see how much of the dialogue we can recite without having to cheat.

March 25: The Gondorian New Year, the day when The One Ring was destroyed in the fires of Mt Doom, Sauron was defeated, and the Fourth Age of Gondor began. Also, it’s just a couple days off from my birthday, so we might as well start the party now. Only child, remember. So let’s eat like hobbits and drink like dwarves!

April 1: I grew up reading the Dragonriders of Pern series. The very secular and practical folk of Pern didn’t have many holidays, but they did love a good Hatching! I use April 1 (AKA Anne McCaffrey’s birthday) as Hatching Day. Nothing else will do but to make bubbly pies and coffee!

April 17: I sometimes celebrate this as Chaucer Day, which is when Chaucer first read The Canterbury Tales at the court of Richard II in 1397. It is also the date scholars agree as the start of the book’s pilgrimage to Canterbury.

May 25: Towel Day. Don’t Panic! Yes, I have a towel that has “don’t panic!” embroidered on it. Yes, I carry it with me everywhere on May 25. You just never know.

June 14: The Caldecott Medal was first awarded on this date in 1938. I make sure to find the winner of the Caldecott Medal for the year and pick up a copy for my daughter’s library. We make a day of it and go out to lunch, get ice cream, then top it off with a trip to the bookstore.

July 31: JK Rowling’s birthday! Maybe it’s a cop-out, but it’s a Harry Potter themed one, anyway. Games and readings and tarot cards and crystal balls and Bertie Botts’ Every Flavor Beans and homemade butter beer and everything we can think of that sounds related to the wizarding world makes an appearance on this day.

August 20: H.P. Lovecraft’s birthday. The height of the Arizona summer makes all sane humans want to hole up indoors and avoid the light. Hosting a Cthulhu themed party is as good a reason as any! 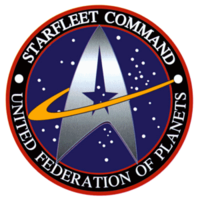 September 7. In 1966, Star Trek first aired. I know, it’s not a book. But the TV franchise has given rise to hundreds of books, many of which are making my bookcases groan in pain as you read. Since Captain Picard is a Shakespeare buff, I like to have a Shakespeare party with friends. We get together, drink wine and ale (see a theme?), and read a play in round-robin style. It’s actually very similar to this previous Book Riot post. Since mine is at heart a Star Trek party, though, most of us wear Star Trek clothes, make LOTS of obscure Star Trek references, and bring food from the Star Trek cookbook. Hush.

October 30: In 1938, Orson Welles performed The War of the Worlds on the radio, causing people to think we were being invaded by LGM from Mars. I wish. What better time to reread this sci-fi classic than now?

November 10: Neil Gaiman’s birthday! The literary love of my life is well known for his social conscience. I try to use this day to do something good, usually make an extra donation to the library, a charity such as UNHCR or Doctors Without Borders, or to a school that needs children’s books. Then I find which book came out in the past year that he thinks everyone should read and I buy a copy. And I have cake, of course!

December 1: “A Study in Scarlet,” the first installment of Sherlock Holmes, made its print debut. Have some friends over and have a Sherlock party. I keep inviting Benedict Cumberbatch, but he hasn’t shown up yet…

Do you have any literary-based holidays?

2 thoughts on “A Year of Literary Holidays”