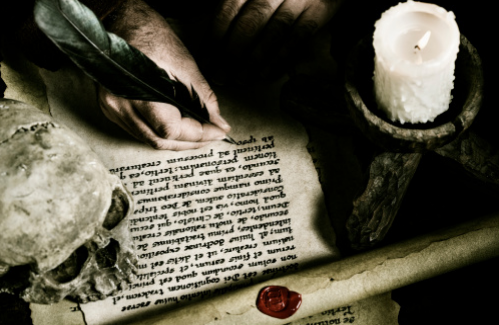 The other day, I was driving home and thinking about my writing. Specifically, the lack of it. I hadn’t written much lately and was in a bit of a writing slump. I needed to get some fresh material, some inspiration to get me writing more again. But we all know writing is hard work, and most successful writers will agree that inspiration is a rare and glorious thing. Most books we read are the end result not of ideas flowing freely from the author’s mind to the page, but rather the daily battle to force words into a semblance of coherence. Stephen King says, “Your job isn’t to find these ideas but to recognize them when they show up” (King, 2000, 25).

That bit of advice has always stood me in good stead. Once I realized I didn’t necessarily have to generate my own entirely original ideas, I started seeing how the mundane, everyday things around me are nothing but writing fodder. After a while, it becomes reflexive and as natural as breathing. Writing a full story is still a lot of work, but the bare bones for a scene or character are already all around me.

For example, whenever it rains, which is surely a sign of the apocalypse in Phoenix, a ring of toadstools pops up in my backyard. Every time. That one’s easy – it’s a fairy circle! But in the desert? What are fairies doing in the desert? How did they get here? Why? Right there are questions you can answer in the form of a short story.

What about your boring drive to the grocery? What do you see around you? Cars? Other people going on errands? Certainly. Are some of the errands they’re running illegal? Are they being carried out by the scary, tattooed man who looks like a stereotypical criminal mastermind, or by the sweet little old lady in the ancient but pristine Caddy next to you? I’ll give you a hint: it’s the little old lady every time.

What about lost things? The gold locket with an old picture inside that you found on the sidewalk? That’s a story just begging to be written. A cracked mirror in an ornate frame that gives you the creeps at an antique store. The inscription inside a crumbling old book in your grandmother’s bookcase – who is the mystery woman it’s addressed to, and who penned the elegant script and dated it back in 1879? That, by the way, is a true story.

Do you see how King’s advice is accurate? We don’t have to beat our heads against a wall for story ideas. They are already there in the things that surround us everyday, waiting to be recognized. Don’t be afraid to point them out to others.

Who knew that the Victorians really dug a good speed walk race? Apparently it was really a thing.
Girl and I are painting bookmarks to send in letters to old people. #loveourelders
Pixie is auditioning to be in a boy band...
A friend sent me this just yesterday and I can't wait to dig into it!