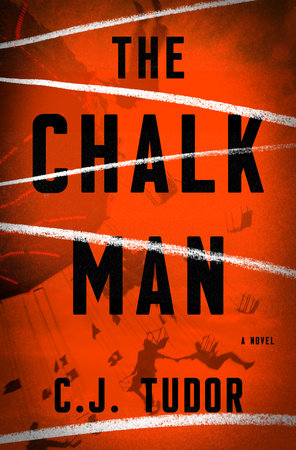 The Chalk Man by CJ Tudor (which is a rad name) Her Twitter, FB, bio,

Thoughts: This was a debut? Holy shit! It was so good! Good job, debut novelist! The tension was strong throughout and the plot twists were interesting. I did not guess them all, and I am generally really good at figuring out whodunnit. And that last scene! Ahh! Loved it. Such a great end.

The characters were believable and complex. They were not all likeable, including the protagonist, which is fine. I don’t necessarily have to have all likeable characters, especially not in a murder mystery. But in this case, it worked well. Eddie was sometimes a bit weak, but that was part of the theme. Metal Mickey was the token sociopath of the group. Fat Gav was the leader and general peacemaker. Nicky was the tomboy. They all had their roles, and various iterations of them played out over time. The changing group dynamics was as interesting to watch as the mystery itself, which was really well done.

The only thing I didn’t like – or maybe it isn’t that I disliked it, more that I felt it was absent – was that it didn’t really feel like the earlier times were in the 80s. For example, with the show Stranger Things, you KNOW you’re in the 80s because of the ubiquitous presence or allusions to D&D, the new Star Wars films (NOT the ones with Poe Dameron), Trapper Keepers, the music, and just general 80s pop culture permeating the setting. I didn’t really get that so much in this book. It felt more like a generic time period than specifically set in the 80s.

But seriously, that last scene! Totally made up for anything I missed from the 80s.

I received this book from Blogging for Books for this review.