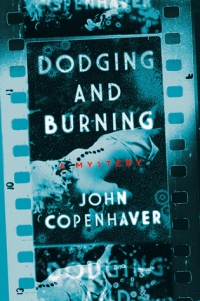 Dodging and Burning by John Copenhaver

Copenhaver’s debut novel gives readers a gorgeous, critical look at the LGBTQ community in post-WWII society, revolving around a murder. In Royal Oak, VA, three friends – Jay Greenwood, Bunny Prescott, and Ceola Bliss – spend the summer of 1945 trying to solve the apparent murder of a young woman who Jay photographed. As they investigate, it becomes clear that there is layer upon layer of deceit involving Jay, the woman in the photo, and Ceola’s brother, who had gone missing in action in the Pacific theater two years earlier. As events unfold, Jay’s wartime traumas surface, Ceola struggles to understand the beloved brother she thought she knew, and Bunny sets into motion a chain of reactions that will have ramifications for them all for decades.

Dodging and Burning has some absolutely lovely writing, filled with deep imagery and complex, living characters. The society is richly depicted, from the salt of the earth working poor to the upper middle class people of the town to the gay and lesbian people in the DC underground. The way the LGBTQ community was portrayed in the novel mirrors social mores of the time, which makes for some really intense and upsetting scenes. There is a lot of excellent, much-needed social commentary woven throughout. One character speaks for the LGBTQ community when he says, “If you’re afraid for long enough, you grow numb to it” (289). Another character later on summed up much of mainstream society when he said, “You’ve been blind from the beginning. When you look at Cee or me or anyone, all you see is what you want” (312). The final few pages were an absolute gutpunch, one which was vital. This is a book that must be read and discussed with as many people as possible. 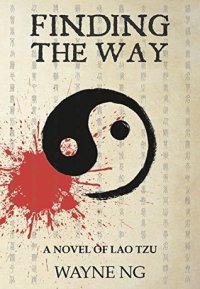 Finding the Way by Wayne Ng

I read it as an: egalley

Written mostly in flashback, Ng’s lyrical debut is the story of Lao Tzu’s vibrant and turbulent life. Readers initially meet Lao Tzu as an old man riding into a military camp on the back of a water buffalo. The captain of the camp is at first understandably untrusting, for spies take all manner of guises in his world. But he soon realizes that the old man is who he claims to be – the renowned scholar Lao Tzu – and he quickly commands for a scribe to come and record his tale of escape from the royal Zhou palace and remarkable life story. Lao Tzu and the captain’s tales are closely linked, to the captain’s astonishment, proving to him that The Way has many wandering paths that diverge and intersect but all have a larger purpose in life.

Ng’s novel is a superbly written tale, full of intrigue and drama and rich with cultural narrative. All of the main characters are vivid and multidimensional, and even the secondary characters are distinct and memorable. I think some of the tertiary characters get a little lost, but even they are not just faceless beings in a crowd.

The writing itself is lovely. There are so many turns of phrase throughout this novel that are simply pretty that I took quite a long time to read this, just because I spent a lot of time highlighting things as I read. The philosophical discussions embedded within are welcome food for thought, and I learned a lot about Taoism through reading this. It piqued my interest to learn more, which I think is the highest praise I can give to any book, that it inspired me to go learn something new because of it.