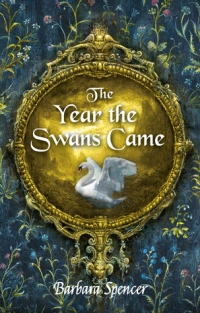 The Year the Swans Came: Where historical fiction and fantasy collide

The Year the Swans Came is tale of love and mystery that revolves around Margrit “Maidy” Bader and Ruth Endelbaum, their families, and the friends the two girls meet while attending college. The story takes place after the end of an unnamed war, in a village whose townsfolk are slowly trying to get back to normal after the departure of the occupied forces. When Maidy is young, she is devastated when her older brother, Pieter, unexpectedly leaves home. Years later, Pieter reappears around Maidy’s 16th birthday. With Pieter’s return comes the trials and tribulations of love and the deepening mystery of where he was and why he left home in the first place. Even more puzzling is Pieter’s connections to the mysterious Van Vliet, Zande, Jaan, and others who seemed to be a part of a small bevy of select young men.

Spencer masterfully uses detailed descriptions to bring this story to life. I easily came to respect and admire Maidy, her humble courage and her natural strength, even though she seemed to see herself as lesser than her best friend, Ruth.  Opposite Maidy’s character is Ruth, who is the girl that has it all, from money, to beauty, and to what both girls feel is the admiration of everyone she comes to meet, especially the young men at the college. Spencer also does an excellent job of weaving historical details throughout the narrative that give it a strong sense of past. Even though it is not clear as to when or where the actual story took place, the intricate details throughout the novel build wonder and curiosity as to the time period and setting.

As I followed the lives of the two girls and the connections between their families and their friends, the magical realism was not easily realized throughout the first part of the story.  Even though Spencer integrated small hints of fantasy as she thickened the plot of the love triangles and deep friendships, the tale felt more like a love tragedy with small hints of mystery. It was not until the last few chapters that the magical realism was realized. I was able to reflect back through the story to recognize how the legend of the swans was the foundation for Spencer’s story and how the subtle hits dropped throughout Maidy’s and Ruth’s journeys were a part of the magic that helped the story to unfold.

The Year the Swans Came is a tragic story for anyone who wants to become captivated by the lives of two girls who are literally polar opposites of each other.  It is a story of one girl’s love of herself and her physical world, and the story of another girl’s unconditional love for the people in her life. It is a story of passion and a story of anguish. Spencer has done a wonderful job subtly showing how magical realism is a real part of the mythologies of a culture.

Yep
Maisie wants so much to be friends and Pixie is just like FUCK YOU. So there's that.
Who's fully vaccinated? THIS girl!! Who's also over the post-second dose "holy shit I'm going to die now" vaccine side effects? Also this girl!
A fast and fun read that gives a glimpse into the life of the complex woman that is Kathryn Janeway. A must read for any Voyager fan! #startrekvoyager #startrek