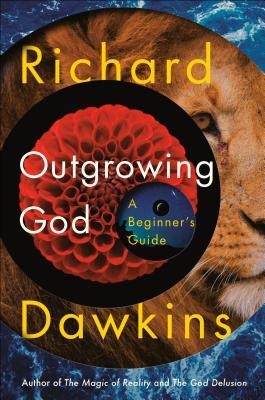 This is a terrific, brief book that addresses religion from a scientific perspective, as do all of Dawkins’s books. In it, he lays out many arguments people use for believing in a god (it teaches you morality, you can’t be good without God, etc) and then he goes on to point out the fallacies involved in thinking that. Such is the first part of the book. The second deals more directly with actual science and evidence for how we know what we know.

I love this logical approach. Even as a child, religion never made sense to me. When I asked questions in Sunday School, I was rarely satisfied with the answers I was given – you just have to have faith (why, though? That’s not good enough), we can’t see God but we can’t see the wind either and so that’s the same thing (honestly, what the actual fuck?). Now, of course, I know a lot more about logic and reasoning than I did as a child, and the kinds of arguments and fallacies that are involved. But not everyone does. Nor would I try to change, say, my granny’s mind about her beliefs. It doesn’t hurt me and it is a comfort to her, so I’m not here for that. But I do think a ton of people need to read this book, and all of Dawkins’s other books, and then move on to writers like Sam Harris, AC Grayling, Daniel Dennett, Dan Barker, and the late, greatly missed Christopher Hitchens. It will be an eye opener for many, in the best way, I promise.

I felt like this book was written for a slightly younger audience. I don’t know if Dawkins did that intentionally but this would be easy for most teens to grasp, as well as adults who are not as scientifically literate as some of his other readers. I appreciate Dawkins’s ability to write science in a way that is easy for a layperson to understand but that doesn’t dumb it down so much it is essentially inaccurate. Some people say he is condescending, but I don’t really think it’s that so much as he is breaking down complex issues and tells his readers if an upcoming section is particularly challenging. He’s just being a typical professor – ok, class, time to take careful notes. I think too that maybe some of the ‘he’s really condescending’ crowd might just feel a little defensive about their beliefs that he is disassembling. Just a thought.

I highly recommend this book to everyone, especially those who might still cling to certain beliefs, religious or otherwise, without good evidence to support it.

Usually by book 4 or 5 in a series, I've largely lost interest. But The Expanse novels just keep getting better. I fucking love this series.
The dogs at our cabin. Pixie is the smartest dog we've ever had and Maisie is really just about the dumbest. But they make us laugh everyday.
I liked this one way more than I thought I would. Engaging main character, good narration, and interesting story.
Bye, Crispin! Bye, Jack! Thanks for all the adventures. ♥️ Thank you, @jeriwestersonauthor, for this amazing series. Can't wait to see what's next!