These Violent Delights by Chloe Gong

Romeo and Juliet, but in 1920s Shanghai. With monsters! How can this be a bad thing? I’ll answer my own question: It can’t be a bad thing at all!

The first book of this duology opens in September 1926. A monster has awoken in Shanghai, though no one knows it yet. Instead, the city is embroiled in the perpetual feud between the two ruling gangs: the Scarlet Gang, led by Lord Cai and his heir, Juliette; and the White Flowers, led by Lord Montagov and his heir, Roma. Juliette has recently returned to Shanghai after several years in America, where she had been sent for her own safety in the wake of a violent attack at the heart of Scarlet territory. No one knows that she and Roma have a past relationship and if it ever became known, it would bring even more violence into the feud.

Shortly after her return, citizens of Shanghai begin to go insane and literally tear their own throats out with their own hands. Eventually, the people learn that the madness is spread by a monster living in the river that infects people through insects. As the madness spreads, the Scarlet Gang and the White Flowers warily put aside their feud and allow Roma and Juliette to work together to find a cure for the madness and kill the monster at the root of it all.

I loved this story so much. It had a cast of characters that was diverse with complicated personalities. Shanghai was very much a character in itself, vibrantly depicted and with moods of its own. The feud between the gangs is heavily influenced by politics and history, one being between Nationalists and Communists, and the other through a long history of colonization and exploitation.

I enjoyed all the interactions between the characters. They reflect in various ways the complex histories they all share with each other, whether that history is romantic, friendly, familial, or violent. They were believable people who were all torn by duty, loyalty, and morality. 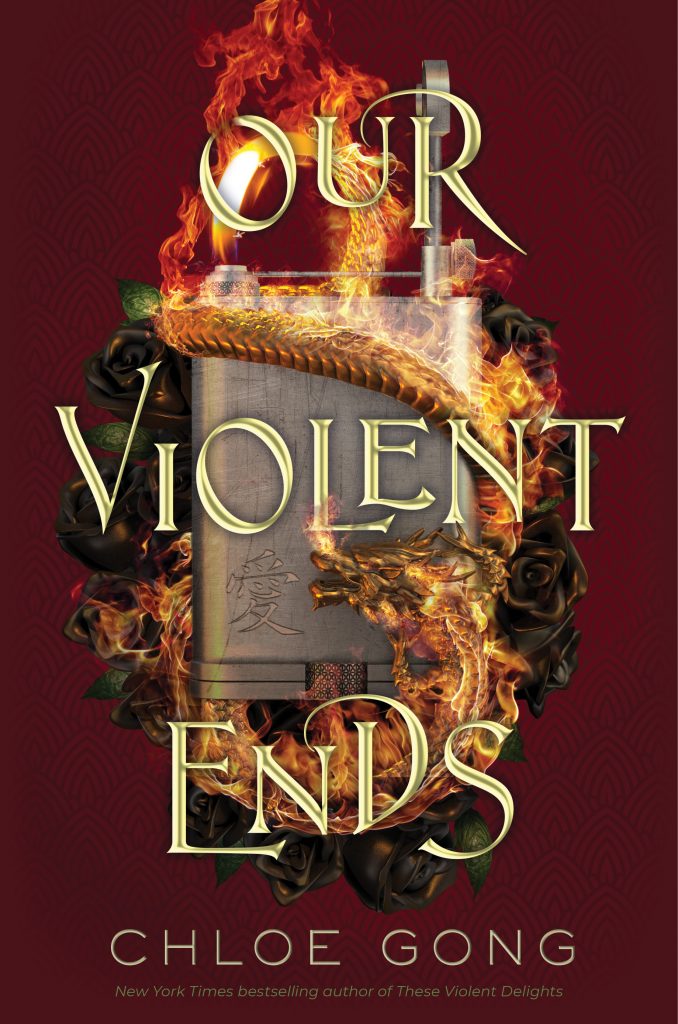 Our Violent Ends by Chloe Gong

Our Violent Ends picks up right after the events of These Violent Delights. Juliette and Roma are at each other’s throats, partly from pent up desire and mostly because Juliette made a lethal decision to sacrifice her relationship with Roma to protect him from their families’ blood feud. She is now occupied with trying to prevent her cousin Tyler from taking over as Lord Cai’s heir to the Scarlet Gang.

Roma returns her ruthlessness with interest, working hard to ensure that it is his own White Flowers who emerge from the feud on top. However, they once again are thrown into each other’s path as a blackmailer and a new set of monsters emerge to terrorize Shanghai, citizens and gangsters alike. Balancing the line between love and hate, war and peace, is always fun to read.

As with the first book, Our Violent Ends features the same rich and complex characters, dynamic writing style, and a good blend of history, fantasy, and politics.

And that ending – way, WAYYYY better than the original it is based on!

One thought on “These Violent Delights and Our Violent Ends”